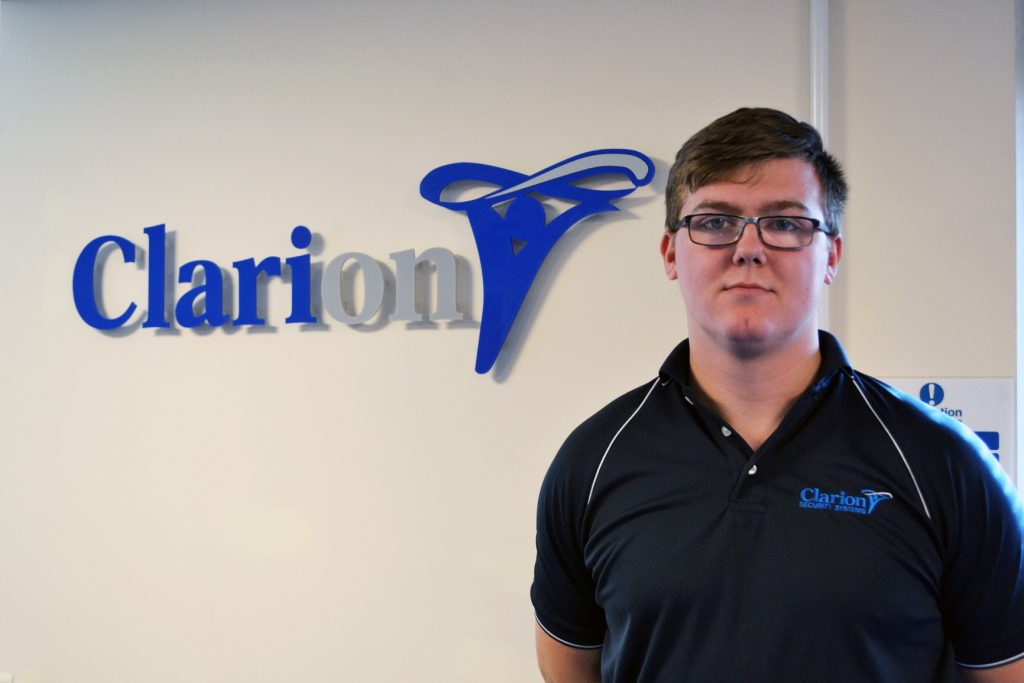 Aaron, a Security Systems Apprentice from Hopwood Hall College, is one of just 12 apprentices in Greater Manchester who have been shortlisted for “Advanced Apprentice of the Year” at the Skills for Business Awards.

His work as an apprentice at Clarion Security Systems caught the attention of the college, who nominated him as their top Advanced Apprentice. Something which came as a surprise to him:

“It’s been hard work to get here, Clarion has a much larger and more complex range of services than a typical security system company; so the learning curve has been steep. But this just makes me more proud to have been recognised like this.”

However, Aaron was also keen to heap praise on the company which had supported him on his journey:

“I really have to thank Clarion and especially my boss Terry Dunn. The company has guided me in a way that has helped me grow as a professional, Clarion must have the best set of lads out there in regards to the engineers I have worked with.”

“To come green from school and learn as much as he has is a real achievement. At Clarion we combine Access Control, CCTV and Intruder systems, so for him to learn all of that in one is a real credit to his attitude and his intelligence.

“We really want Aaron to continue his journey with us and progress further within the company, so everybody here will have their fingers crossed come awards night.”