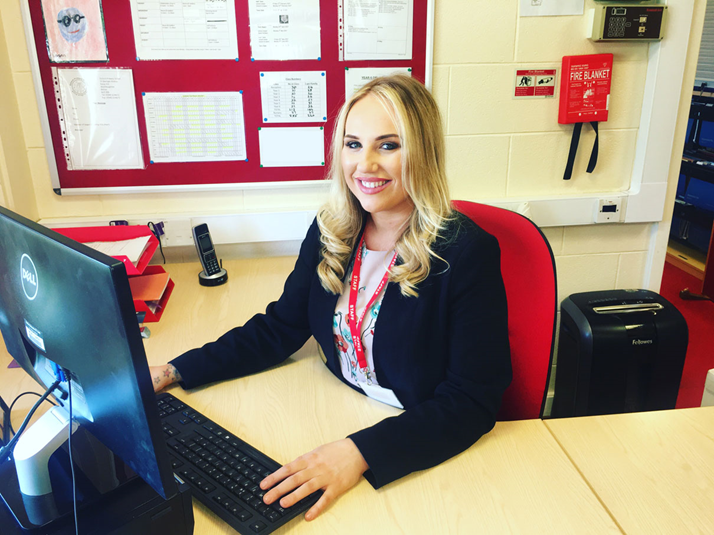 Stephanie Moyle achieved her career goal after progressing through the apprenticeship levels and has now returned to Bury College to gain the skills needed to lead her new office team.

22 year old Stephanie Moyle took the first step in her career in 2014 when she achieved a Level 2 Business Administration before going onto complete her Level 3. Stephanie secured

her apprenticeship at Eatock Primary School in Bolton and worked in the school office. During her Business Administration apprenticeships, Stephanie was awarded Bury College Apprentice of the Year 2015 as recognition for her ongoing commitment and dedication to her studies.

Stephanie completed her Level 3 apprenticeship in June 2016 and in October 2016 secured the role of Office Manager at the Primary School. Having now appointed two new members of staff to support her in the school office, Stephanie has chosen to return to Bury College and achieve the Team Leading apprenticeship.

Stephanie said of her success to date, “I am really proud to have achieved my dream job and to have reached a peak in my career. I now feel confident within my new role and at a point where I am ready to gain a new qualification and transfer the good practices I learnt during my apprenticeships onto my two team members.”

The former Ladybridge High School pupil now takes on a highly demanding and challenging role as an Office Manager. Some of Stephanie’s duties include supervising the finances of the school and monitoring the school budget alongside the Headteacher and Authorities Finance, managing staff, overlooking school resources, attending governors meetings, as well as handling school communications and supporting the Headteacher in policy review and revision.

In addition to her duties, Stephanie, who livesin Westhoughton in Bolton, also oversees the running of the school office, managing the workloads of her staff and providing ongoing support.

Stephanie credits the skills she gained during her apprenticeship programs and believes these have led her to her new role. Stephanie said, “The knowledge and skills I gained during my Level 3 Business Administration apprenticeship have really helped me when I attend the governors meetings. I can put the theory I learnt into context and helps with my understanding of my role.”

Stephanie champions the apprenticeship route and believes in the benefits of an apprenticeship. Stephanie added, “I received great support from both my Bury College assessor and all the staff at Eatock Primary School. My assessor visited me regularly and provided extra support to help me achieve my qualifications. Both the school and my assessor believed in me and supported me with my progression. The apprenticeship route was definitely the right route for me.” 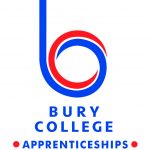