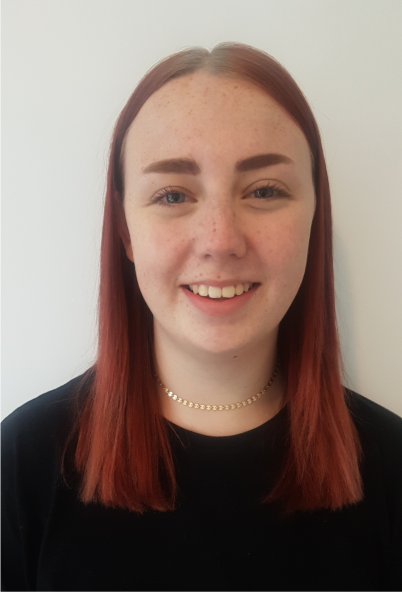 Currently, I am an Apprentice Software Engineer at Thales UK and I will shortly be moving into the second year of a four year course. Part of my apprenticeship involves being a part-time student at Manchester Metropolitan University (MMU) where I study a BSc (hons) in Digital and Technology Solutions, specialising in Software Engineering.

My journey to where I am now started when I was aged 12 at Canon Slade School. I was lucky enough to have a unit of website development in my year 8 IT course. It was my first time learning any programming language, but I quickly became competent in HTML and CSS. I enjoyed coding for the aspect of problem solving, and I’d managed to add additional features and styling to my website before many of my peers had completed a basic structure. My teacher recognised my passion and chose me to win the best-in-year award for IT!

When it came to deciding what GCSE’s to take, I thought back to my award and how much I’d enjoyed website development; and decided I would give the Computing GCSE a try.

Honestly, I almost dropped the subject within my first month of study to take art instead – my teacher shamed me for not knowing the components of a computer, and failed to teach us any of the course specification or coursework requirements. But, thankfully, we were appointed an amazing new teacher towards the end of our first year. He really believed in me, and through a lot of hard work and endless hours spent in the classroom, I successfully completed my Computing GCSE with an A*.

When I’d finished my GCSE’s, apprenticeships and the idea of not going to college was just unheard of. I’d looked around various colleges and had debated taking a Computing B-Tec, but ultimately decided that classroom learning and exams were the right option for me.

I also wanted to keep my high school teachers, so I continued into Canon Slade Sixth Form where I chose to study A-Levels in Computer Science, Mathematics and Product Design.

Throughout college, discussions on what we were going to do after our A-Levels were frequent. Of course, University was heavily encouraged. I went to University open days and looked at courses in Computer Science and Mathematics but no University felt ‘right’.

I’m a strong believer that when you are where you’re meant to be, you will feel it.

Around this time the ‘earn as you learn’ slogan was being bounced around the media and my Mum bought it to my attention. I spoke to the careers advisor at school and she told me to look at the ‘Find an Apprenticeship’ website. At the time the website was relatively new and I struggled to find a position that was the right fit for me.

Within my first year of college, I’d become friends with a couple of guys studying Computer Science in the year above me. After they’d left, I heard that they had gone on to do apprenticeships. One of them came back to the college for an open evening and we got talking. It’s through him that I learnt about the MMU apprenticeship scheme.

I looked on the MMU website and noticed they were holding a careers fair the next month that would allow you to meet some employers. It’s at the careers fair that I met Thales alongside a few other employers that interested me. I was able to give my email to the company’s I was interested in applying for, so that they would alert me when their applications opened.

The handy thing about the MMU scheme is that you can also choose to receive email alerts from the University when any company opens up applications. I probably put in applications for around 10 different companies.

Thales was the second assessment centre I was invited to. The first was for a different scheme and had around 120 candidates on the day! I wasn’t offered a job from the company, but I was able to receive some feedback so that I could improve as a candidate.

When I went to the Thales assessment centre then, I was more confident as I had a better understanding of what may happen. The day consisted of an interview, a group activity and a writing task. We also got to meet the current apprentices and get answers from them to any questions we had.

I said before that I feel when you are where you’re meant to be, you’ll feel it, and Thales felt right to me.

The day ended after lunch, and within 2 hours I’d had a call offering me the job!

I’ve only been an apprentice for a year, and I’ve already had so many opportunities that I know I just wouldn’t have received doing the traditional degree route.

I’ve been on a decommissioned submarine and been for drinks with Royal Marines. I’ve mentored a hackathon, taken part in careers talks for sixth formers and talked about apprenticeships to educators. I’ve become a role model and ambassador for women in engineering.

I’ve even won an award and been named as one of the top 30 young electronics engineers in the UK!

Doing an apprenticeship was not a back-up plan or a lesser choice – It was my choice and it was perfect for me.

I couldn’t be more thankful to Thales and Manchester Metropolitan University for the opportunities they have opened for me. I look forward to what’s to come in the future of my apprenticeship, and to inspiring the next generation of apprentices.

Make a choice that is right for you; be in charge of your future.