Bolton College’s Joshua Hudson has been highly commended at the North West regional final of the National Apprenticeship Awards 2017. 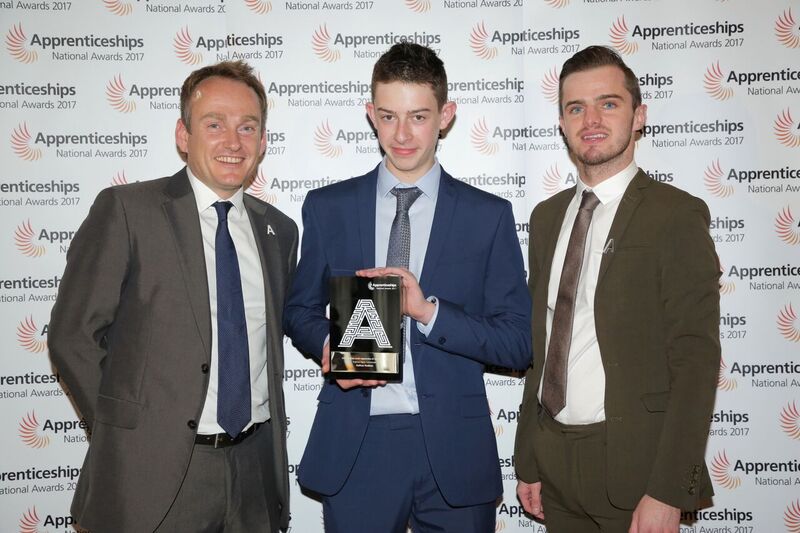 Joshua, 18, who works as an apprentice at Jon-Son Motors in Bury, was triumphant in the Intermediate Apprentice of the Year category.

The Awards, now in their fourteenth year, are run by the National Apprenticeship Service and recognise excellence in two areas: businesses that grow their own talent with apprentices and apprentices who have made a significant contribution to their workplaces.

On being recognised as highly commended, Joshua said: “I travelled down to the Titanic Hotel in Liverpool for the awards with my parents and it was a fantastic day, made all the better for walking away with an award”.

Joshua was highly commended in recognition of the contribution he has made to Jon-Son Motors since joining as an apprentice after leaving school. Joshua, who works alongside his father, has a talent for diagnostics and has amazed his College tutors with his knowledge and ability to fix even the most complicated of diagnostic issues.

Peter Alstead, Head of Motor Vehicle at Bolton College added “Joshua has been a model student since day one, so he thoroughly deserves this award. He works incredibly hard and at only 18, he is achieving things that those who‘ve been in the business for years struggle to achieve’.