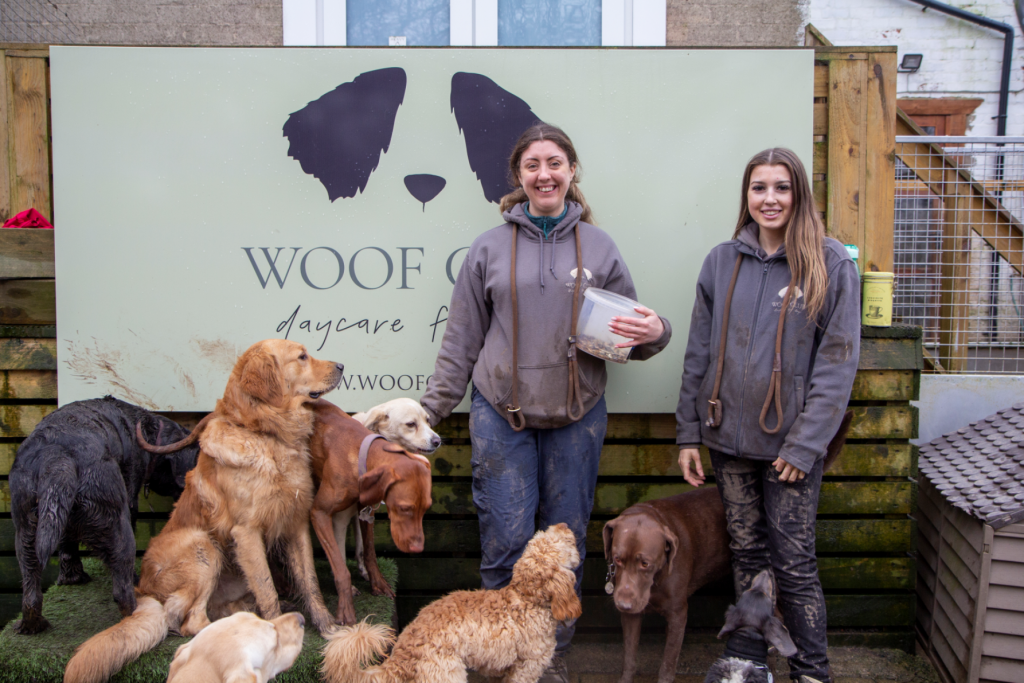 Laura Matthews and Austin Broomhead started Woof Club, a day-care centre for dogs in March 2019. Based at Lomber Hey Farm in Stockport Woof Club offer an opportunity for dogs to play and socialise while their owners are at work as well as undertaking basic command training, agility play, breed specific activities, sensory / stimulation play, healthy snacks and group training. Although space wise that can cater for more Woof Club only aim for 20 dogs at a time, a number that they quickly met meaning there was a need to take on an apprentice to help with the activities and care being offered.

While thinking about taking on an apprentice Woof Club applied for the SME Greater Manchester Support Grant managed through Stockport MBC. Award of the grant meant that Woof Club could take on an apprentice sooner than they may have been able to as well as being able to support additional enhancements to the apprenticeship such as understanding canine body language and being able to shadow and support qualified Dog Trainers.

Lauren Galvin started her apprenticeship with Woof Club in August 2019 and is studying the Animal Care and Welfare Assistant Apprenticeship Level 2 Standard with Lite Training. Lauren, aged 17, said she didn’t really enjoy school but is enjoying her Apprenticeship, as “learning about something you enjoy is different”. She has impressed in the short time she has been at Woof Club so much that they have increased her wages, with the assistance of the grant, and Lauren is hoping to stay at Woof Club and perhaps progress onto a Level 3 Apprenticeship.

Due to the success of the apprenticeships Woof Club are looking at potentially taking on another Apprentice as the business develops.
David Casserly, Economy, Work and Skills Manager at Stockport MBC said, “Woof Club are a perfect example of the kind of employer the Grant was designed for. An employer that wants to offer an opportunity for an apprentice and uses the grant to increase wages and add enhancement through further training and development for their apprentice”.