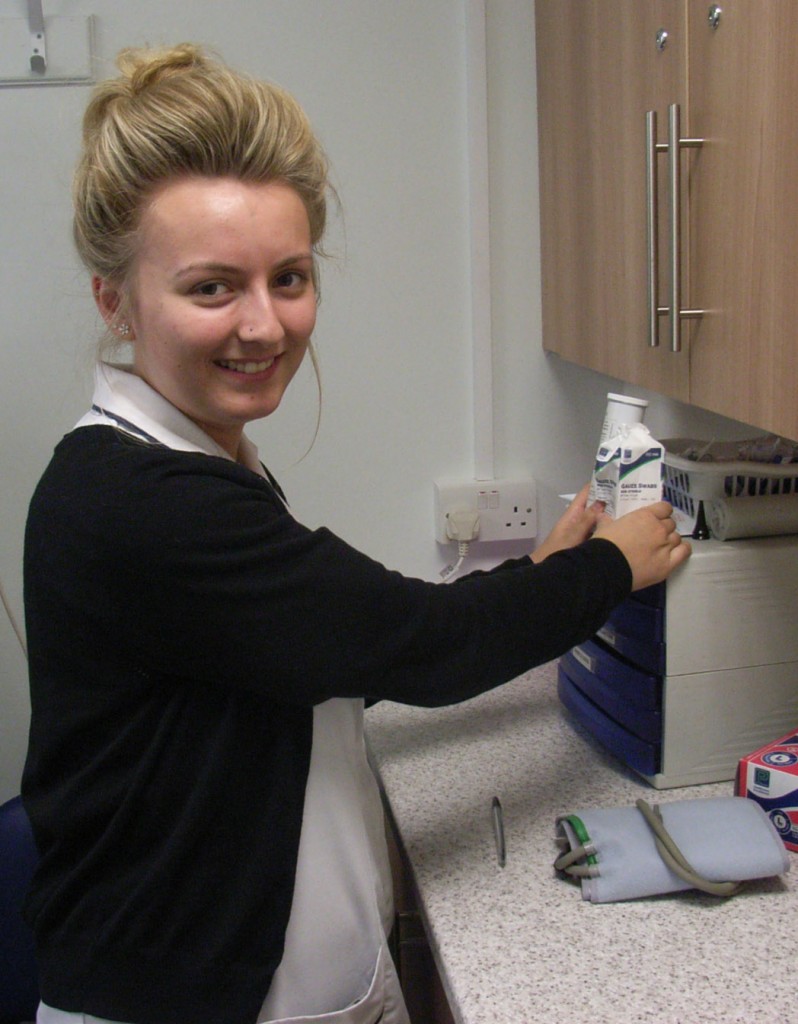 An apprenticeship in Business and Administration has led to Robyn Jones finding her vocation – as a nurse.

Robyn started her apprenticeship with the Fairfax Group Practice, Prestwich, expecting it to lead to a career as a medical secretary or similar. However, during the apprenticeship, which combined healthcare with administration, Robyn found herself increasingly drawn to the clinical side.

Four years on from starting her apprenticeship she is working at the practice as a healthcare assistant and looking towards a foundation degree in nursing.

Robyn said: “After I’d done my A-Levels I didn’t really know what I wanted to do, so I thought [an apprenticeship] would be a good way of learning and getting into a job

“I’d done IT at A-Level but I had also had a part-time job doing First Aid at Manchester Arena so had a bit of a background in First Aid. I came here for the administration side but then I found it was the clinical side that appealed to me more…

“If I hadn’t done an apprenticeship I would never have known what I really wanted to do.”

Robyn, a former pupil of Castlebrook High School, Unsworth, chose to take her apprenticeship through Bury College after completing her A-Levels – in IT, Sociology and Psychology – at the college.

She said: “I’m really glad I chose Bury College for my apprenticeship. My assessor would visit the health centre and go through everything with me and set me targets. She was really nice, and she pushed me more than I would have been otherwise.”